A new procedure could change the outcome for pediatric cancer patients. Most insurances don’t cover it

A Charlotte nonprofit has a powerful reason for stepping up to help families afford a new potential breakthrough procedure for childhood cancer.

Orginally aired on WCNC News at 6 with Michelle Boudin

CHARLOTTE, N.C. — Having a child battling cancer is tough enough. Now imagine there could be a way to save them from suffering and even potentially cure them, but insurance won’t cover the test.

A Charlotte nonprofit is stepping in to foot the bill and there’s a powerful reason why.

The Isabella Santos Foundation is named after a little girl who died from cancer. Now, her family and friends are trying to make sure other families are armed with the best chances at beating cancer — despite insurance companies that aren’t helping.

Collier Foote wants you to know he’s like every other kid, doing stuff other 10-year-olds do.

“I swim, climb trees and play with my dogs,” he said. 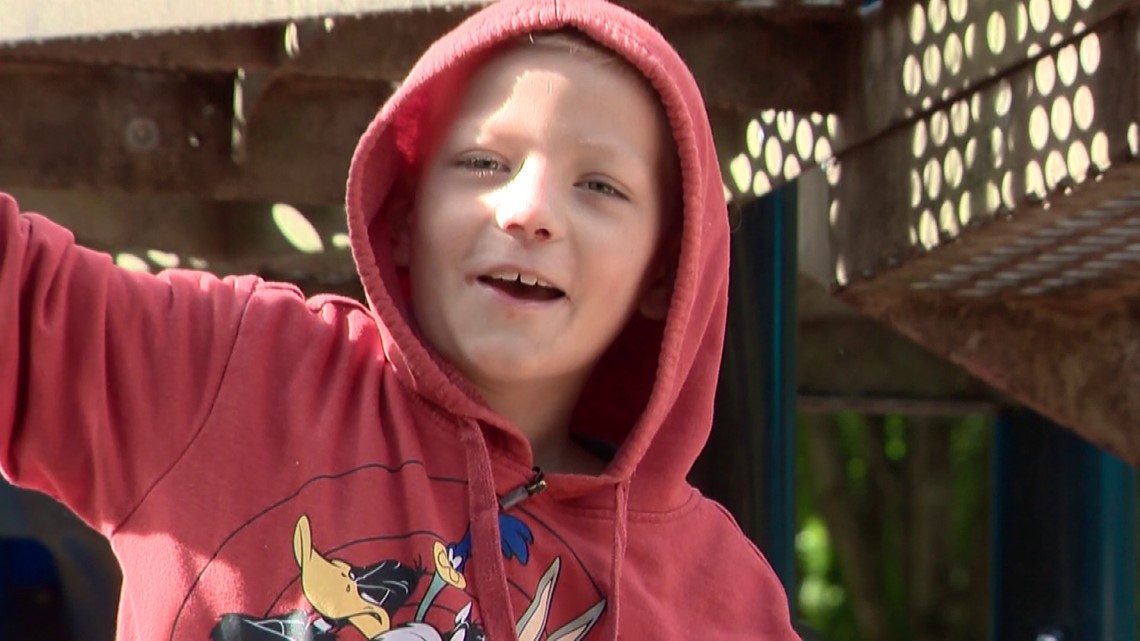 Credit: WCNC Charlotte
Collier Foote was diagnosed with neuroblastoma when he was 5 years old. Now 10, he hopes to one day be finished with the rigorous treatments.

But he also spends a lot of time at Levine Children’s Hospital.

“The medicine tastes nasty,” Collier said. “It makes you feel all weird inside and when they poke stuff, you can feel the medicine go through your veins.”

His dad, Dustin Foote, said it’s incredibly difficult to watch everything his son goes through during treatment.

“It’s tough. It’s really tough,” Dustin Foote said. “As a parent, you feel helpless. There’s not a lot you can do other than pray and hope [the] next medicine or treatment works.”

Collier’s been battling cancer for five years now. He was diagnosed with neuroblastoma, a form of cancer that develops in early nerve cells.

In that time, Collier’s had tumors cut out, he’s had radiation and rounds of chemotherapy. He even had an experimental brain treatment that was radioactive.

“So much so when he had this treatment we couldn’t be around him,” Dustin Foote said.

But this time around, doctors tried something fairly new called precision medicine, where doctors biopsy a tumor and determine the best course of treatment based on the results.

Dr. Giselle Sholler treats many of these kids.

“We have seen this make incredible differences in patients whose tumors are growing and we’re not sure why they’re not responding to therapy,” Sholler said. “We sequence them, we can find a specific mutation and we have a drug that’s going to turn that mutation off and we’ve seen that completely change the outcome for those kids.” 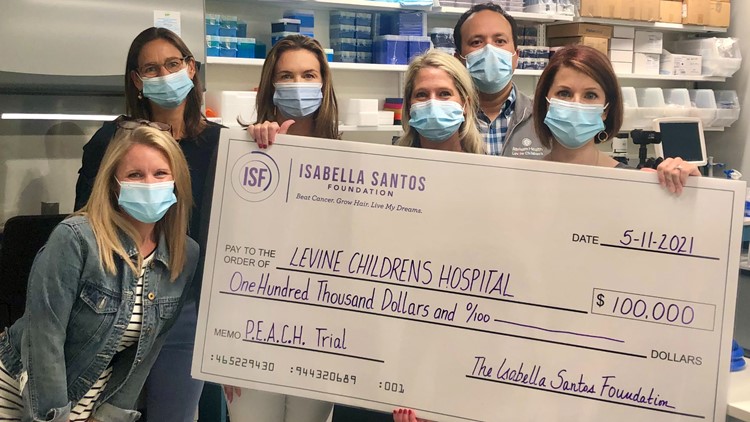 The Isabella Santos Foundation donated $1 million to Levine Children’s Hospital in 2021, the largest donation to the hospital in a single fiscal year.

“As a parent, I feel like I tortured my child unnecessarily,” she said.

It was toward the end of Isabella’s fight when doctors finally used precision medicine on her.

“They did treatments on her which they called kitchen sink,” Santos Primis said. “That meant they were gonna throw everything we have at her, and you don’t think about all the side effects with all of those medications, and to have all of that not work — all those things could have been off the table — seems crazy to me.

“So if we could go back in time and figure that out earlier, put things in place so kids have a safer treatment, don’t have as many side effects but have even a better outcome, then we should be doing that every single time,” she added.

The problem? Most insurance companies don’t cover precision medicine yet.

“Instead of waiting until it’s almost too late, we want to do this right at the beginning,” Sholler said. “We want to know how to best treat each child right from their diagnosis.”

Until insurance covers it, ISF has pledged to pay the $1,500 cost for kids at Levine. So far, the nonprofit has made sure 81 kids have had precision medicine biopsies, including Collier Foote.

The 10-year-old has a simple wish for the future.

“That I don’t have to do this anymore,” he said.

And he’s looking forward to more days outside the hospital walls when he can just be on the playground.

“If I had a million of those days I would spend them all out here,” Collier Foote said.

Sholler said she’s hoping a writeup about one of her recent patients will help persuade insurance companies. She said the young girl had a brain tumor and unsuccessfully underwent chemo treatments for a year. After trying precision medicine, doctors figured out exactly what her tumor is made of and the child is now doing well.

The Isabella Santos Foundation is celebrating its 15th anniversary this year with its annual 5K on Saturday, Oct. 15. The organization is also hosting a gala fundraiser. Click here for more information on how you can make a difference.