Team Connor, Changing The World For Kids With Cancer With your help, we are changing the world for kids fighting cancer. For Pediatric Cancer Awareness Month and our 15th Anniversary, follow along this month as we share stories of our past, present, and future. We hope you will feel inspired to change the world too. Your donation benefits the ISF Rare & Solid Tumor Program at Levine Children’s, a global program for kids battling rare cancers. Fundraise for us or donate today.

Through advocacy I hope I am making a difference in bringing much needed awareness to the needs to fight Pediatric Cancer. I am currently raising money to fund research through the ISF Foundation, as I have for the past 2 years when I became involved here in NC. While in Atlanta I did multiple fundraisers through the Braves.

Overall with ISF my involvement has been limited to the Pediatric Cancer race event. When I reached out to Erin and we first met it was in the midst of COVID in May of 2020. COVID presented some difficulty in doing more. A few things I did here in Albemarle/Stanly County to bring awareness to Pediatric Cancer was going before the Stanly County Commissioners and Albemarle City Council with a Proclamation to have the month of September recognized indefinitely as Pediatric Cancer Awareness month. There are many children past and present who have been affected by Pediatric Cancers here. I also initiated the painting of fire hydrants around the city in honor of Pediatric Cancer. Anyone is welcome to select a hydrant within the city limits, not including the historic district, and paint it in honor or memory of a Pediatric Cancer child. Lastly, I spoke without Local state representative, Wayne Sasser, and asked him to present a bill to hopefully become a law that North Carolina recognizes September indefinitely as Pediatric Cancer Awareness month. -Donna Reed, Team Connor

Supporters like Donna Reed inspire us each and every day. We need more people like her to help us change the lives of pediatric cancer warriors in our community and beyond. Donna and her supporters know firsthand the importance of changing the world for kids with cancer. We are honored to have them as part of our ‘Change the World’ fundraising campaign. They have joined our 15th Anniversary Race as ‘Team Connor’ and currently have raised $6,500. They are currently in second place behind team Amazing Grace! Thank you to everyone supporting them. We hope you feel inspired, like Donna, to help us change the world by joining our fundraising challenge: 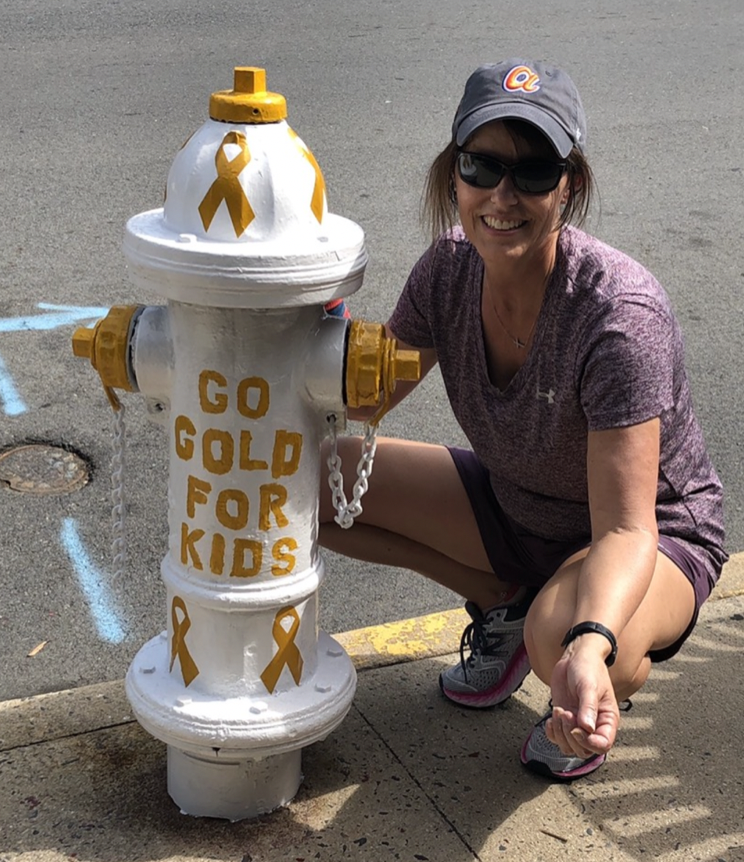